Here I sit waiting for the weather window for us to sail off to New Caledonia. It has been a week now and we are more than ready to get out into the big blue ocean. But well one is waiting for something to happen may as well go stick your head in a hole. Believe it or not, New Zealand has some great holes or caves as they call them. Cary and I went down to Waipu Cave on the north island of New Zealand to find the mysterious glow warm and the beauty that lies within middle earth. After an hour drive from Opua Marina we arrived to cross the paths of two horses.

They loved attention so we gave them a little rub “hi big lady how you doing”.
After a hop over the fence, through the horse grazing fields we entered the “Waipu Cave” with only cameras, head torches, and a sense of adventure to guide us. O yeah we had a one paragraph narrative on how to navigate the cave, “guess that should work”. Must add that the temperature outside was warm and the cave was cool and musty like an old pair of gym shorts in the bottom of your locker, well at least my old high school gym locker.

What a shocker the cave was dark as a black out night at the bar with your best mates aka buddies. That’s right the harder I tried to focus the blurry it got so I took out the headlamp and bam I could see ten feet. May as well been a bloody marry on a Sunday morning before church. So Cary and I now acclimated to the dark side of New Zealand we slithered or way through the cave. The cavern was cool, wet, and the ground was slick with a clay mud. Not to bad if your with a lady but not too good if you’re in a cave.

As we scaled our way through the blackness we began to see pin pricks of blue light. It was as if the sunset and stars came out to guide us into the blackness. Cary set his Nikon D7000 camera on a tripod and I used a head lamp to illuminate the cavern for a set of photos to capture the essence of the New Zealand glow warm. But if anybody were to walk in we looked like two explores with highly technical equipment with a sense of being. Maybe that’s the way I felt I guess, what can I say, yesterday I was on boat and now I am 10 minutes into the earth halfway around world. Please click on the pictures to see them better.

“if your sitting on the toilet KYLE! push brother” 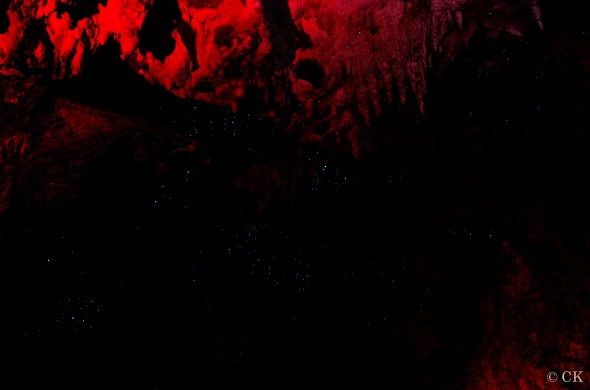 After a few hours of exploring the cave we made our way out and snapped a picture of us.

What a great day at the office!

Ok so we had our lunch and it was only 2pm so we took a look at our guide book and found that there was another cave only 10 miles away. Or I should say 3 wild limestone caves that are called the Abbey. Yes being full of American Burger King food we drove our “shit box of a rental car” that was covered in ants and bit us as we drove, we arrived in the back roads of Whagarein, NZ at the Abbey Cave site. Now our one page narrative informed us that the cave could be waist deep with water and togs “aka swimsuit” should be worn. Also one of the caves could be explored all the way and opens up to a beach. “Interesting Cary must be a black hole to a New Zealand Beach full of half-naked kiwi girls, bet my next beer on it”. So changing in the middle of road and only mooning one car we were off to the Abbey Caves with excitement and totally no clue on what we will find in the caves.
The First cave we found was the Organ Cave, but I have to back up a bit on this story. Before we found the cave we came across a grave of a young child that had a headstone from the 1800’s and toys lying all around it with a white picket fence. It was a very odd site. Among the limestone natural statues that looked like more like a manmade carvings but was Mother Nature’s work not ours. 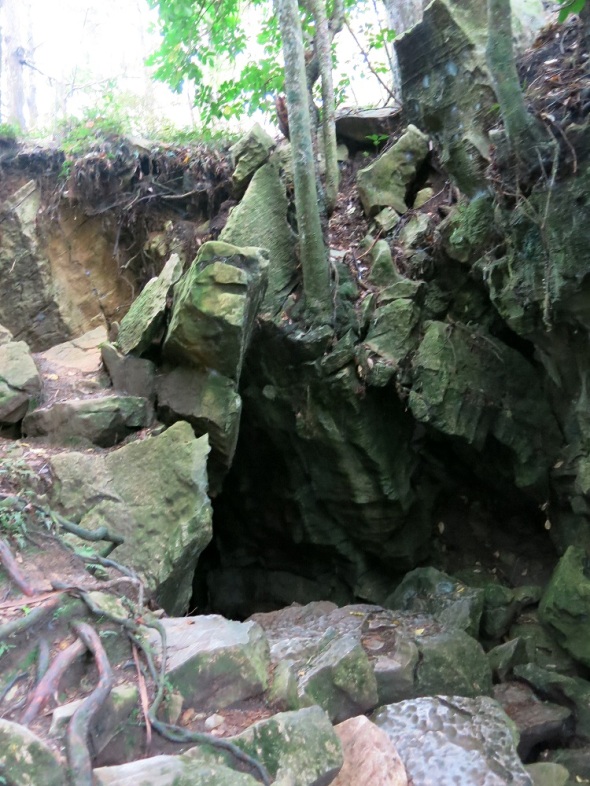 Besides the creepy headstone we were among cows that laid cow pies the size of a small ponds and had the constancy of grandmas cranberry sauce that no one every eats. They made lots of noise that sounded like zombies approaching from the north or more than likely south if you live in the mid-west, just saying thats were they will be coming form if it happens. Anyway, with an odd sense of fright we found the Organ Cave and it quickly descended into the depths of the world. It’s funny, when you are in cave and you forget the narrative on whether or not it has an exit on the other end you feel a great rush of adrenaline and a sense of “I wish brought the direction”. Well I guess the directions were simple, “stay with the water and your good or dead”. “Shit Cary! we should stay with the water”. I started my stop watch at the beginning of the cave and we started wadding through ankle deep water and the skylight was quickly snuffed out by the black cold cave. It ate us up like a lion consuming its kill. The child’s grave fresh in my mind and the close tight cave walls beginning to close their thick figures around use and my head lamp struggled to light my path. The rush of water between my feet and sound echoed around us but I smiled and pushed deeper. “I thought to myself right then that this is why I travel and run to that edge called life, if it’s in the cards it is. I wonder how many more times I will get to think that, lol” . We had to duck under walls and hug through corners as the cave became smaller and smaller darker and darker. 15 minutes into the cave the glow worms outnumbered us a 100 to 1 and my head lamp illuminated only a fraction of the space around us. The cave got deeper, and now we were waist deep in water that was cold and rushed by us. “Hay Cary is this cave with the beach on the other end? I don’t remember! SHIT!”. Heart pounding and adrenaline running strong 20 minutes in I think that this cave will go for ever and a search party will have to come find us. O wait we didn’t tell anybody were we were going oops, guess it’s a fitting death. BAMMMM end of the cave. 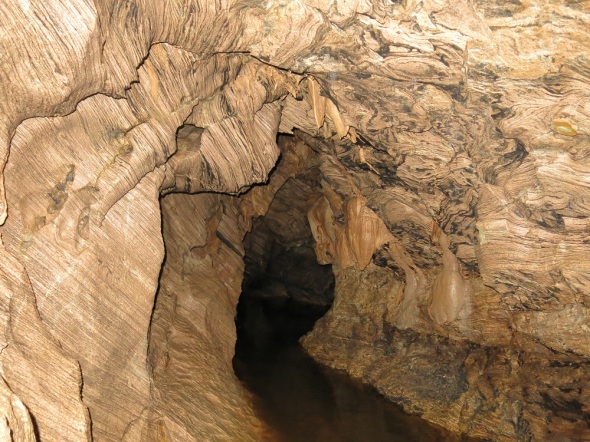 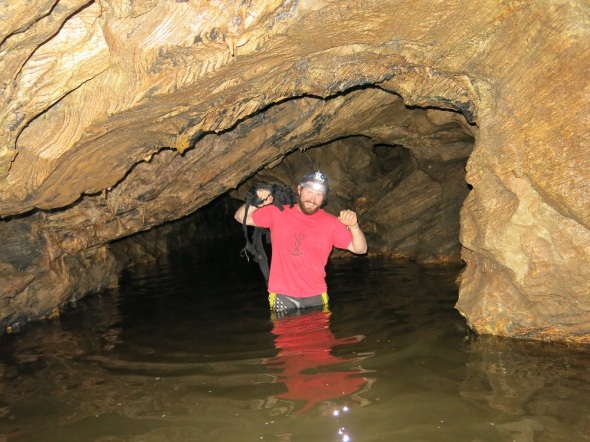 Well Cary I guess this is the end, the end Jacques?

This blog was written under the influence of New Zealand Wine, STUFF TASTE REAL GOOD!

This entry was posted on April 20, 2014 by Jacques. It was filed under Uncategorized and was tagged with Abbey Caves, Caves, New Zealand.