The men of Pentecost have been jumping off these towers for a 100 years plus. The legend is that a woman was running from her husband because he wanted her. She climbed a tall tree and tied vines to her feet before her husband caught her. She then jumped off the tree and the man jumped after her. He fell to his death but the woman survived because she was tied off. So every year in the month of April, May, and June during the yam harvest the men jump to prove there courage and that they are real men.

After watching this event I was really worried about the safety of the men and was glad they all made it safely down. Luc who was the Chief of the village told us that they only jump in April, May, and June because any other time is deadly. In the 1970’s the Queen of England came to this island and they jumped for her but it was in January. Two men jumped and they both died. So no more jumping after that happened on off months.

The Tower is roughly 35 meters high. Constructed out of trees and lashed together with vines.

Looking back down the high on our way to the land diving tower. You can see DRAGONSBANE anchored right off the beach. 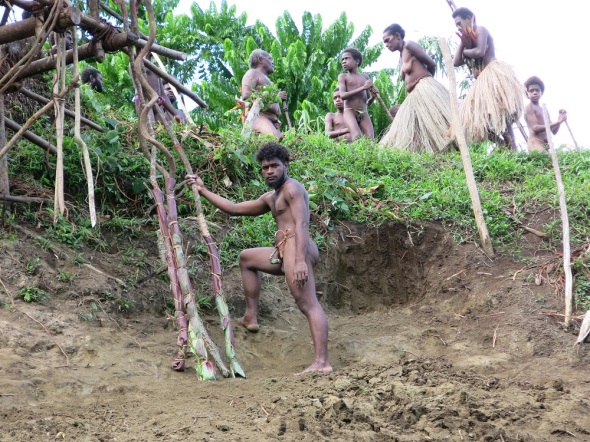 For the event the local people dress in there native cloths. 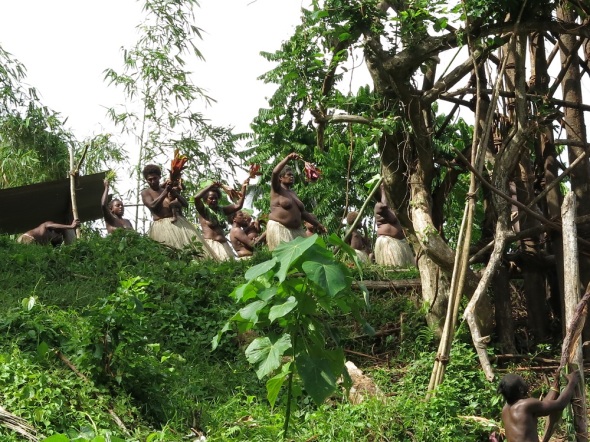 As the jumper prepares himself the women and men dance and sing to make sure the jumper stays safe.

The jump master would tie the vines to the feet and make sure all was well before the jump.

The jumper did a chant and pumped himself up before he jumped. 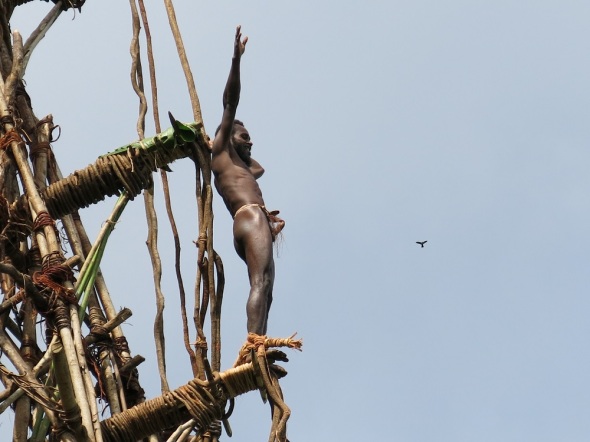 One last wave and chant before lift off. 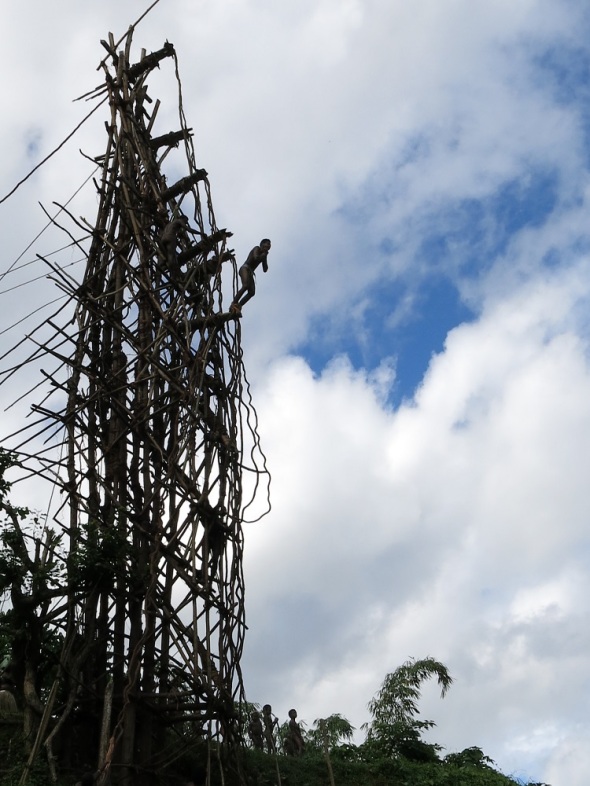 Off he goes to see if the vines will hold. 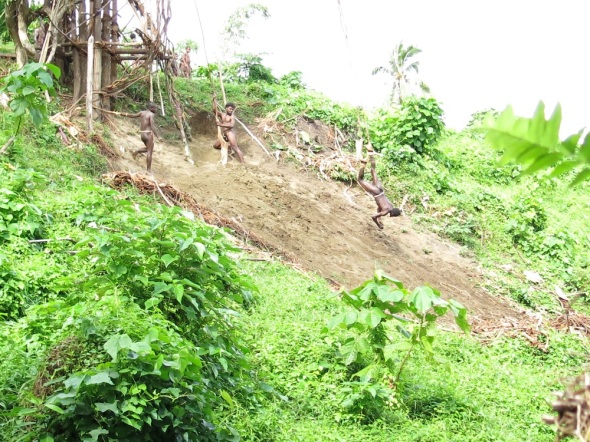 Looks like a good landing as he hit the ground.

Even jumped from the highest point.

These men are very brave. This was the last jump of the day and it all went fine.